The GEM India Team will have its secretariat at the lead institution Entrepreneurship Development Institute of India (EDI) and Dr. Sunil Shukla (Director, EDI) will lead the consortium. A committee discussed and decided roles/responsibilities, key activities of partner institutions.

The GEM programme is a major initiative aimed at studying, analysing and describing entrepreneurial processes within a wide range of counties. To contribute towards GEM India Report, an initiative was taken by Entrepreneurship Development Institute of India (EDI), Gandhinagar along with the Institute of Management Technology (IMT, Ghaziabad) and Indian School of Business (ISB, Hyderabad). All three institutions formed a consortium namely GEM India Team in 2012 with EDI as the lead institute. The team had participated in three annual study cycles during 2012 -2015 and delivered a National Report (GEM National Report-2013) after a long gap of more than 10 years. This team has also contributed the GEM India National Report in 2014.

In year 2018 another consortium of two Institutions has been formed to conduct the GEM India Research for 2018-21. Now the GEM India Consortium has EDI, CEDMAP as partner institution.

A new GEM India Consortium has been formed on 19th March 2018. Three institutions 'Entrepreneurship Development Institute of India - EDII (Gandhinagar)', and 'Centre for Entrepreneurship Development Madhya Pradesh-CEDMAP (Bhopal)'- have signed an MOU for the next three annual cycles - commencing from April 2018. The partner institutions agreed to fulfil GEM Annual Cycle and other obligations, in a time-bound manner, to suit the GEM Global schedule.

The EDI-Gandhinagar is the Lead Institution and the Secretariat of the GEM India Team. Prof. Sunil Shukla is the National Team Leader for GEM India Project. 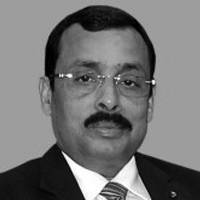 Dr Sunil Shukla is the Director of Entrepreneurship Development Institute of India (EDII).His research and consulting interests include entry barriers to entrepreneurship, curriculum development, intrapreneurship, family business management and organizational culture. Dr Shukla has been helping various organizations and corporates in strategic planning and capacity building of employees besides grooming their managers as intrapreneurs, leading to conducive climate for corporate entrepreneurship. Dr Shukla has been leading, the Global Entrepreneurship Monitor (GEM) India Consortium as a national team leader since 2012. He is the lead author of GEM India National Report 2014, 2015/16, 2016/17. Dr. Shukla is the recipient of USASBE’s Outstanding Entrepreneurship Programme Abroad Award-2014 for PGDM-BE Programme during Annual Conference of United States Association for Small Business and Entrepreneurship (USASBE), the world’s largest association of entrepreneurship scholars, professional and practitioners, Fort Worth, USA. 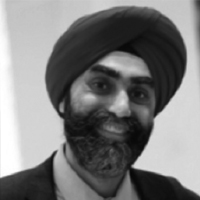 Mr. Navniit Siingh Chatwal is presently Executive Director of Centre for Entrepreneurship Development Madhya Pradesh (CEDMAP) Bhopal. He is also the founding and Executive Council member of Bhopal Chapter of Young Indians (Yi), which is an integral part of Confederation of Indian Industries (CII). He has over twenty years of experience in Strategy, Consulting, Entrepreneurship and Academics, working with organizations and Institutions of repute in India and in Canada. He has consulted many Small & Medium Enterprises (SME) on issues related to HR Strategy, Change Management and Intrapreneurial Capacity building and helped them grow. He has also been active in Academics with stints in Education Management, Faculty Development and Teaching. He has been instrumental in establishing a collaborative MBA program of SP Jain Institute of Management & Research Mumbai and Schulich School of Business, Canada in SP Jain’s campus in Mumbai India. 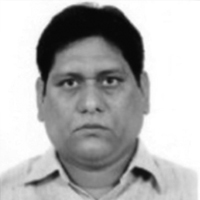 Dr Pankaj Bharti has been working as a Faculty at Entrepreneurship Development Institute of India (EDII), Gandhinagar. He specializes in Organizational Behaviour, Human Resource Management and Corporate Entrepreneurship. He holds more than 11 years’ experience in the academics and industry. He is trained in conceptualizing and developing measurement tools for Social Science Research. He is also a National Team Member of GEM India. He has published papers and book on ‘Dehumanization of Urban and Rural Poor’. He is associated with more than twenty research projects and programmes. 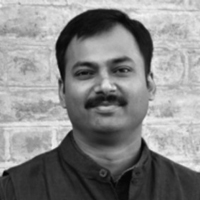 Dr. Amit K. Dwivedi has over 13 years of teaching and research experience. Currently, he is a National Team Member of GEM India. He is associated with reputed national and international journals as editor and editorial board member and has published research papers, reviews, and books. Dr. Dwivedi has published his papers in Int. Entrepreneurship and Management Journal (IEMJ), Int. Journal of Procurement Management (IJPM), Int. Journal of Business Continuity and Risk Management (IJBCRM), Int. Journal of Operational Research (IJOR), Emerald Emerging Markets Case Studies (EEMCS) and several book reviews in the Journal of Entrepreneurship. Dr. Dwivedi is one of the co-authors of GEM India Reports 2014, 2015/16, 2016/17. He has presented research papers in national and international conferences in India and abroad. He has participated in a training of trainers programme for teaching ‘Business Simulation’, organized by ILS, held at University of Tennessee, Texas, USA. Dr. Dwivedi also, participated in GEM Annual Meeting held at Kuala-Lumpur, Malaysia in 2017.